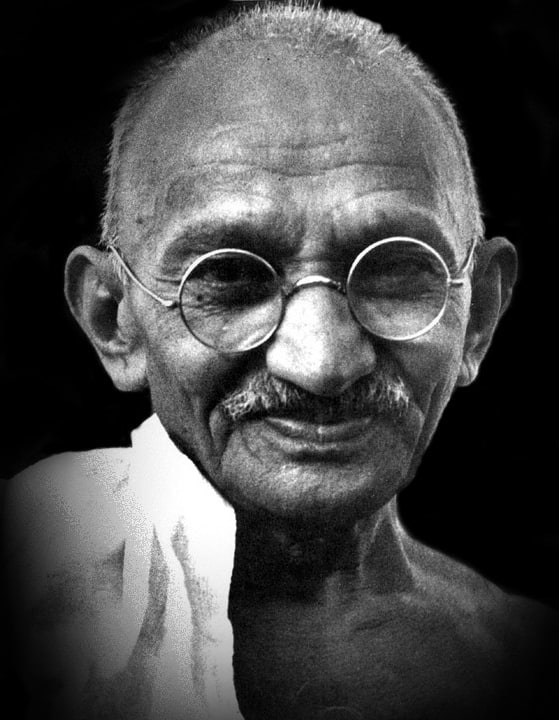 Gandhi (1869 – 1948) was the leader of the Indian independence movement against British rule. Employing nonviolent civil disobedience, he led India to independence and inspired movements for civil rights and freedom across the world.   Wikipedia

Being the change you want to see

Listening to the inner voice

Harmony of thoughts, feelings and actions

Being in the present

The importance of small and ordinary things

If we want to cultivate a true spirit of democracy we cannot afford to be intolerant. Intolerance betrays want of faith in one’s cause.

Intolerance is itself a form of violence and an obstacle to the growth of a true democratic spirit.

Hate the sin, love the sinner.